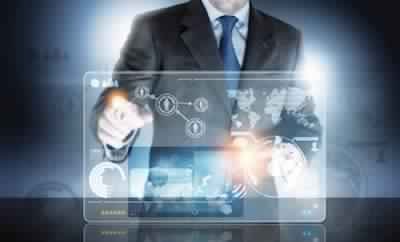 In today’s world, life is impossible without the internet. Search engines like Google, Yahoo and Bing are the saviours of people stuck in any problem. Yes, we just open our browser, type our queries and click on search to find solutions to each problem; be it trivial or massive.

In such a scenario, when the World Wide Web has literally woven every place of the world in an electronic web, cyber-crimes are very common. In this whole process, we are not only the ones to shift our life from physical to electronic landscape, but the criminals also have changed their crime approach from physical to cyber.

You will be shocked to know that even top developed countries like America aren’t safe from the cyber crimes. Yes, 145 million of the American population have become the victim of cyber-attacks.

Due to these technological vulnerabilities, businesses are investing huge amounts in cyber security worldwide. Well, in this situation, gaining knowledge about the cyber threats lurking around you is essential.

So, we are here with 10 shocking cyber security facts or statistics of 2019 that will surely startle you.

According to Forbes, the world will spend $6 trillion every year on controlling cyber crimes and fixing the damages caused by cyber-attacks by 2021. Indeed, that’s a huge amount. It is even more than the amount which the world will spend on overcoming natural disasters.

Well, this amount has also left behind the global trade of all illegal drugs. The world could have been a far better place to live if this amount could have been used on our growth and development. But, sadly, we are spending this massive amount on cyber-crime because concealing one’s identity has become much easier online. Criminals can easily hide their online identities by using secure VPN services.

2. Cyber Security Market will be a $300 Billion Industry by 2024:
As per a recent press release by Global Market Insights, it is estimated that till the year 2024, the cyber security market will become a $300 billion industry. This amount will be higher as compared to the amount spent on technological advances until that year.

3. 50% of All Cyber-Attacks are aimed at Small Businesses:
Small businesses usually remain busy in tackling common business challenges such as creating their identity, being better than their competitors and getting a good exposure online. These businesses seldom pay attention to their cyber security.

4. $76 Billion of Illegal Activities has Involvement of Bitcoin:
Bitcoin is a decentralized digital currency that can be sent to anyone across the world as it doesn’t have any central bank or single administrator. Its use is increasing worldwide due to the safety, anonymity and freedom which it provides.

5. Only 10% Cyber crimes are Reported per Year in the U.S:
Known as the hub of technology, U.S has undercounted the rate of cyber crime reports. According to the unit chief at FBI’s Internet Crime Complaint Center, the number of cyber crimes reported in the U.S is only 10-12% of the real crime numbers.

It is quite shocking that 90% of these crimes are not reported in such an advanced country. This mainly happens because all these crimes aren’t proved. In most of the cases, the victims never go for professional help as criminal saves the personal data from the hacked devices which he/she later use to blackmail the victim.

6. 45% of All Companies that were hit by Ransomware Paid the Demanded Amount:
Well, these particular statistics is most shocking of all. It’s not good to know that there are people in the world who indirectly boost the courage of these criminals by agreeing on their terms. 45% of the companies that were faced ransomware attacks negotiated with those terrorists and paid the amount demanded by them.

Unfortunately, out of these 45%, 17.5% of companies lost their data even after paying the ransom. On the brighter side, 44.4% attacked companies managed to recover the data without paying any ransom to the cyber criminals!

7. Anyone can become a Hacker Even in $1:
Cyber crime is increasing because of the low-cost hacking tools and apps available online. One can find a plethora of hacking tools and software systems at very cheap prices, even in $1.

Due to this, people enter into this dark field and spend more money later to buy high-quality hacking tools and services from the dark web. In addition, one can also download third-party apps on the internet without even going to the dark web to start hacking. All of these things are motivating young minds that want to indulge in hacking.

8. IoT Devices can be Hacked Barely in 5 Minutes:
We all have lots of IoT devices at our home. Our daily life activities are surely incomplete without devices like smartwatch, car, smart TV, smart music system, Alexa, home control system etc.

NETSCOUT disclosed in a report that on an average an IoT device can be attacked in the initial five minutes of connecting to the internet easily. Well, that’s surely scary.

9. Public Organisations Receives Highest Number of Malicious Emails:
According to the report of Symantec’s ISTR 2019 report, public administration organisations receive one malicious email on per 302 emails. The number is quite small, yet people fall into the trap of the senders of these malicious emails easily due to the nature of work at these organisations.

10. Unbelievable Data Breaches of all the Time:
If you think that the world’s most famous companies are immune from data breach and cyber crimes, then these all-time data breach statistics will change your views. Have a look: