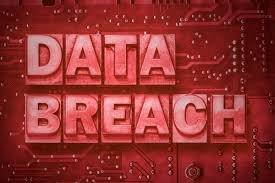 Cyber security issues are nowadays becoming a day-to-day struggle for all types of businesses along without various companies. According to the recent trends, it’s been calculated that there has been a tremendous increase in hacked and breached data from different sources that are more common in workplace like mobiles and IoT devices.

Some facts
Recent research and surveys have shown that most of the companies have unprotected data and very poor cyber security practices which thereby make them prone to data loss.

Decelerate the pace of hackers through your best cyber security schemes :

Well considering all these attacks as very dire to the society, one’s business can be made secure by making wide changes in your protected data and improving the overall security behavior. By doing so one can protect his company or business from most of the data breaches.

So one needs to make sure that every possibility is arranged to avoid one’s company from becoming a victim to any kind of cyber-security attack. The main reason behind these attacks is due to one’s own default, ignorance, and lack of adequate means of defenses. So one needs to follow the best industry defense measures and using encryption based techniques.

Thus, now is the time to make some huge and improved changes in your data to make yourself less prone to these kinds of attacks.